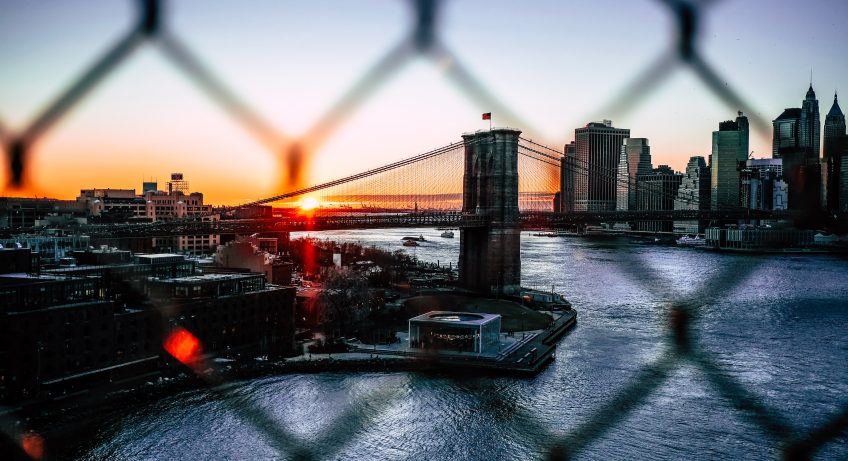 New England is known for its seafood, natural beauty and culture. A trip to this area of the U.S. is well worth your time. Whether you spend one day or a couple of weeks exploring, you’ll come away with experiences you’ll never forget.

New England has a lot to offer, whether you’re interested in hiking, seascapes, or exploring historic and idyllic towns.

Traveling from south to north, here are 12 of the top areas to visit in New England:

Connecticut was named after a Native American word meaning “land on the long tidal river.” It is one of the original 13 colonies and was settled by the Dutch and English in the early 1600s. Connecticut today is well known for beautiful fall foliage and many historic towns.

One popular city destination in Connecticut is the capital, Hartford. It’s located in the center of the state. Beautiful gardens, historic homes and museums make this city well worth a visit. You can also use Hartford as a launching point to visit other small towns in the state.

Other historic municipalities in Connecticut include Wethersfield, Saybrook and New Haven.

The Litchfield hills are a beautiful part of Connecticut, and this area is filled with quaint rural towns to explore. These include Washington, Torrington and Cornwall, among others.

Washington is an idyllic town filled with restaurants, farmers markets and inns. Many believe this location was the inspiration for the popular show “Gilmore Girls.” Close to Washington, you’ll find Kent Falls State Park, which features a 250-foot waterfall.

For more active hiking, also consider exploring Collins P. Huntington State Park. This park covers about 1,017 acres in the southwest of the state and allows for hiking, horseback riding and canoeing.

Rhode Island is the smallest state in the U.S. It was home to the Wampanoag and Narragansett tribes, among others, and was settled by Puritan religious dissenter Roger Williams in 1636. In contrast to many other early settlers, Williams purchased his land from the Native Americans.

Top Cities in Rhode Island include the capital, Providence, and Newport. Providence features many historic buildings, museums and parks. There is also a zoo here.

Newport is filled with beautiful, historic homes and mansions you can tour. To see more of the ocean from the city, you can traverse a 3.5-mile trail called Cliff Walk that runs along the coast.

Visit Narragansett for a quieter city experience. This historic town has access to many beautiful beaches and hiking trails. You can also take a ferry out to explore Block Island from this location. Narragansett is also an excellent place to eat fresh seafood.

Massachusetts is famous for the historic landing of the Mayflower in 1620. The English pilgrims traveling on this ship were fleeing religious persecution in Europe and founded the town of Plymouth. The first battle of the American Revolution occurred in Boston in 1775.

Two of the best historic cities to visit in Massachusetts are Plymouth and Boston.

Plymouth is filled with historical sites and has recreations of the Mayflower and the original Plymouth Plantation settlement. You can also take boat tours out of this seaside town to view migrating whales during the spring.

Boston is the 22nd largest city in the United States. Filled with historic homes, gardens and museums, it’s a must-see if you’re passing through the state. This city also has an interesting history of pirates and accompanying ghost stories.

Boston is also the gateway to the Boston Harbor Islands National and State Park. These islands offer hiking trails, historic sites and beautiful ocean views of Massachusetts Bay. Some islands allow camping, so you can spend even more time exploring this beautiful area.

Another gorgeous area to explore is the Berkshires in Western Massachusetts. Colorful fall foliage, multiple hiking trails and the Norman Rockwell Museum make this part of Massachusetts iconic.

The name of this state is believed to come from a French name given to the area by explorer Samuel Champlain during the early 1600s. He called the area Verd Mont, which means green mountain. Vermont was primarily settled by the French, but in 1763, it was ceded to the British colonies as part of the Treaty of Paris.

Google “Stowe, Vermont,” and you’ll be amazed by the beautiful images of the iconic white church and colorful fall foliage. Stowe gets a lot of snow in the winter, so it’s also a perfect location for a winter trip.

The Von Trapp family, whose story was famously celebrated in the film “The Sound of Music,” moved to Stowe in the 1940s and built a beautiful mountain resort lodge that is well worth a visit.

Manchester is another must-see destination in Vermont. This idyllic town features historic homes, famous bookstores and mountain hiking. The poet Robert Frost’s home in Manchester has been preserved as a museum, which you can explore to learn more about his life.

You can also use Manchester as a launching pad to explore many other small towns in the area, such as Londonberry, Bennington and Arlington.

Burton Island is one of many state parks surrounding Lake Champlain. The beautiful area can only be accessed by boat, so you’ll have to take a ferry or rent a vessel of your own to explore it. This 253-acre park has hiking, camping, and even a small store and museum.
Smuggler’s Notch State Park includes a narrow pass between America and Canada. During the early 1800s, New Englanders used it to smuggle goods across the border illegally. Now, you can visit the park and explore hiking trails and campsites.

New Hampshire was colonized in the early 1600s by English and French explorers. There was contention between colonists in New Hampshire, Massachusetts, and Vermont about official borders and jurisdictional boundaries for most of its formation. New Hampshire formed its first official government in 1776 before the Continental Congress met in Philadelphia.

Some of the best towns to visit in New Hampshire include Portsmouth, Concord and Dover. These places are filled with historical sites, quaint downtown streets, art museums and more.

Concord is the state’s capital, and Dover is its oldest permanent settlement. Portsmouth was a major shipbuilding center for several hundred years and has preserved much of its history for visitors to learn from and enjoy. Swing by these towns to learn more about this beautiful area of New England.

New Hampshire also contains most of a beautiful 750,000-acre national forest known as the White Mountains. The leaves turn brilliant shades of red and yellow in the fall, making this a perfect destination for nature lovers.

You can access this area’s hiking trails from numerous towns, but the most well-known is North Conway. From the highest point in the park, you can see up to 130 miles into Canada and Massachusetts on a clear day.

Maine was explored from the 1500s to the 1700s by the Portuguese, French and English. Located between French Canada and the southern English colonies, Maine suffered from much warfare before and even after the American Revolution. Maine was officially accepted into the Union as a state in 1820.

Two popular cities to visit in Maine are Kennebunkport and Bar Harbor.

Kennebunkport is a quintessential seaport town located in southern Maine. Packed full of history, it also offers abundant access to the ocean and fresh seafood. The name of this town comes from a Native American word meaning “long sand bar.”

Bar Harbor is a resort town located on Mount Desert Island in the middle of Acadia National Park. This town is a prime spot to explore the park or learn more about the state’s history. This seaside town also has beautiful views of the ocean.

Acadia National Park is the oldest and one of the most beautiful national parks in the country. It covers 49,052 acres of beach, cliffs, islands and forests. The park is divided into three major areas, some of which are only accessible by boat. There are many hiking and biking trails here.

Cadillac Mountain is the highest point in the park and the easternmost point in the United States from which to watch the sunrise. Depending on the weather, some parts of the park may be inaccessible. This area truly represents the diversity of natural beauty unique to New England.

Gear up to Explore

Use this guide to plan the New England trip of your dreams. Fall is likely the best time to visit, but there are things to do and beautiful places to see year-round.