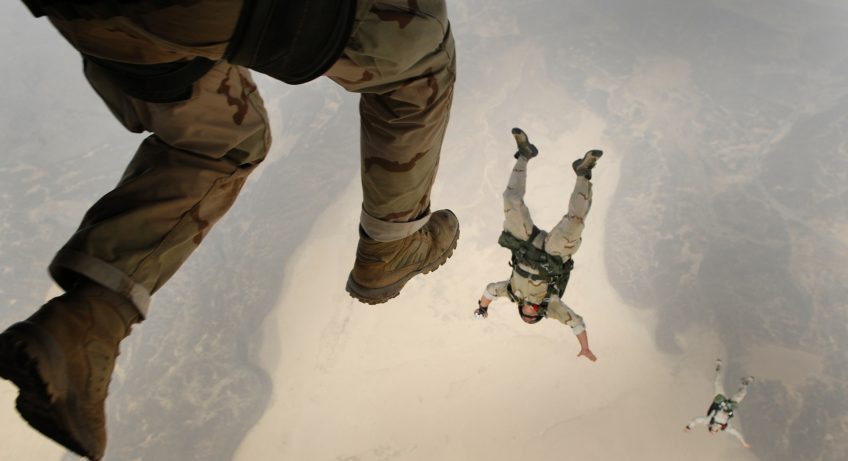 Military personnel has a unique angle in dealing with various issues and stressors than an average citizen. Wartime and combat deployment put military veterans and active duty at risk for drugs and alcohol abuse. Adding the zero-tolerance policies and stigmas that are present in the military make many to avoid seeking help.

In military personnel, prescription drug abuse is higher than in the average population mostly because of the use of pain reliever prescription for strain due to heavy lifting and injuries that are combat related. The military population is ranked higher in binge drinking and alcohol abuse where close to half of the active duty members admit to episodes of binge drinking. But what increases the statistics is the exposure to wartime situations combat exposure.

In the current structure of the military, illicit drug abuse is an offense that is punishable by discharge and to some extent, it can lead to criminal charges. Due to random drug tests and harsh consequences, military personnel in active duty tend to stay away from illicit drugs. But for soldiers, they are drawn to these sort of drugs.

56 soldiers in Afghanistan underwent an investigation in 2010 and 2011 for suspected opiate distribution, including morphine and heroin. During that time, eight soldiers succumbed to a drug overdose. This was a very tempting environment because the soldiers were in a stressful environment and they were in a country that produces 90% of all the opium in the world.

In today’s military ranks, prescription pain relievers and alcohol are more common compared to other drugs. When a survey was conducted for soldiers who were deployed in Iraq, 12-15% of them had alcohol problems. Some of the issues include depression, boredom, anxiety, and self-medication trials to cope with stress. But it is not a surprise if you think about 3.8 million service members who use prescribed pain meds.

Veterans and drug use

Military personnel falls at risk of abusing drugs after they leave combat and the military. It is estimated that 20% of the combat veterans drink once they return from the field. Since the soldiers are trained to be tough, they tend to have a hard time with psychological pain, and that is why they turn to alcohol and drugs. But the worst case is that most of these veterans stay untreated.

PTSD is a common mental disorder that is found in veterans and active duty members of the military. Soldiers also have a traumatic brain injury that occurs when they receive a blow to the head which impairs their brain function. Such patients tend to suffer more from TBI and PTSD. The U.S Department of veteran affairs report that PTSD treatments have the following statistics:

These are just tentative figures because the number of PTSD incidents can be hard to quantify and most of those who have the disorder do not reach out for treatment. TBI, PTSD, and addiction are common in veterans who rely on themselves to look for ways that they can cope. Additionally, people with PTSD are more likely to receive a prescription of an opioid pain reliever than those who do not have PTSD. There are natural solutions such as CBD oil that can be an effective compound to reduce anxiety and insomnia secondary to PTSD. There are many forms of cannabis product that help PTSD, such as edibles, vapes, and much more. Websites like HeraldNet.com are there to show the best reviews of these products, so you can make an informed decision on which product is best for you. You can learn a lot from online sources discussing cannabis products and their benefits. For example, you might be wondering “are terpenes really safe?“, which you can look into via these sources.

Since veterans suffer more often in physical pain from injuries and this drives to go for opioid painkillers, this puts them at high risk for addiction. These two disorders might be common among veterans because they might originate from the same root cause. Trauma caused PTSD, and substance abuse is the way that the veterans use to self-medicate.