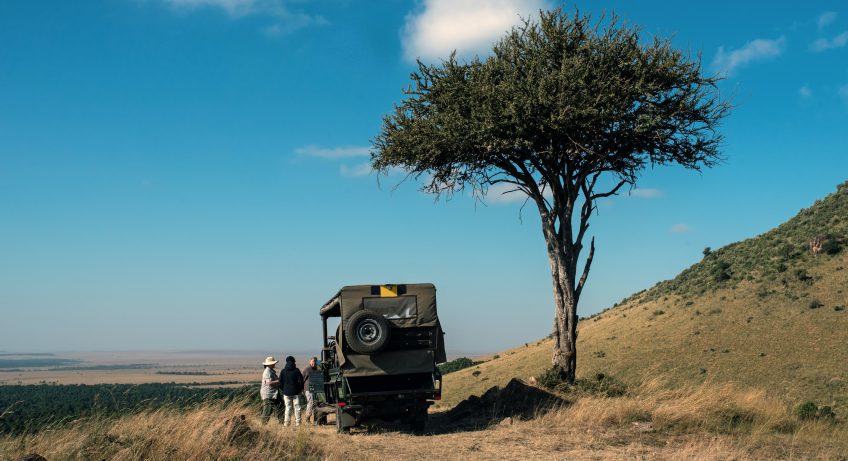 East Africa is mainly a catalogue of countless adventures. From gorilla trekking, to chimpanzee tracking, the great migration, sandy beaches and undisputed cultural encounters. With all these activities on your table, you are left wondering what are really the best self drive destinations in East Africa amidst of all these activities being at your disposal; below are our top five self drive destinations in East Africa.

The secret king of self drive adventures in East Africa offers unlimited mileage, comprehensive insurance on almost all car rentals. Unlike some parks of East Africa that do not allow all smaller cars like Rav4s; in Uganda you can visit almost every national park with a small SUV with technical exceptions on Kidepo valley national park and Pian upe game reserve.

The main roads in Uganda are also passable. It is very easy to drive from one park to another. Road issues are likely to come in when you get of the main road. That is when you will put to use your off-road SUV. Besides the road network, accommodation is also readily available but not for big groups. Most lodges have less than 20 beds.

Self drive in Uganda is inspired by the variety of activities at your disposal. Uganda offers gorilla trekking, chimpanzee tracking, savannah game drives, launch cruises, grade five white water rafting, tubing, cultural encounters and above all; very hospitable people and relative a safe country compared to her neighbors.

The transfer to Mgahinga national park might give you chills. The road is very scenic. It will be one of the most memorable self drive trips you will ever have on the African continent

The Maasai Land boasts of the great migration and glamping. One of the things that make Tanzanian self drives distinct from those of Uganda is the glamping experience. With a good safari planner, you can take a hold of the glamping experience in Serengeti National Park spiced with cultural encounters and wilderness game drives.

The car hire rates are often higher compared to Uganda. Unlimited mileage is not very common among most of the car rental agencies in Tanzania. It is also for the same reason why sometimes mini overland safaris from Uganda are opted for to cover up for the issue of limited mileage.

It should also be noted that the Land 70 series are not commonly offered for self drive. It is very rare to find one available for self drive and when it exists; the rates are often relatively higher than the other car options.
The road network is also good. However if you attempt to drive as fast as some of the people you find in Serengeti national park, it’s very likely that you will have to deal with a lot of damages on your self drive adventure.

Besides the iconic Serengeti National Park adventures; the long transfer to Dar es Salaam and the size of Tanzania makes your long trip worthwhile. The only challenge to watch you for is the car repair in case of breakdown. Due to the size of the country, the transfers for repairs in case of a total breakdown might take longer than it takes in Kenya, Uganda and Rwanda.

Accommodation will require prior booking to avoid disappointments. Rav4s are not allowed in this national park. But with a big Land cruiser; you will be rewarded with amazing views of the African Elephants, the lions, leopards, and a number of antelope species.

Besides the wildlife; Maasai Mara is a cultural hub that will make your self drive adventure in Kenya exceptional. However; like Tanzania; unlimited mileage is not very common

Visiting Kidepo valley national park worth every penny; besides the visit to IK tribe, it also offering amazing view of the big game in Uganda including but not limited to the African Elephants, Lions, Leopards. Cheetahs, Ostriches, among several other wildlife species.

It is very rare to visit Serengeti national park without a detour to the Ngorongoro craters. Ngorongoro craters are one of the few places in East Africa where you can spot the black rhinos, African elephants, lions; among several other big game. The crater are well populated with antelopes, jackals, zebras among several other wildlife species that can be spotted in your self drive game drive.

The locality of the craters offers a special haven for birds making it one of the places in East Africa where you can spot birds such as the ostriches; Caspian lapwing, Cory bastards, the grey crowned cranes among several other bird species.